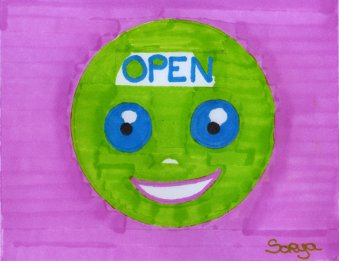 Do you think, dear Future Shaper, of embracing the hazard and opening yourself to its opportunities?

Welcoming this hazard could perhaps give you the chance to snare good fortune.

The biologist Alexander Fleming could have thrown away the petri dish that he had forgotten in his cupboard. Nevertheless, it allowed him to discover the mold he called penicillin, the first antibiotic!

Spencer Silver, Researcher at 3M in the seventies, worked on finding superglue. At the same time, he stumbled over an astonishing adhesive that could be stuck and unstuck many times without leaving a trace.

This invention stayed without application for many years.

Until his colleague Arthur Fry was looking for a practical page marker for his sheet music and got the idea to use Silver’s glue. In 1981, the post-it was born and today is commercialized in more than 100 countries.

To accept the unexpected means to create novelty and diversity. As sailors say “One needs to obey the wind in order to manage it”

And you, dear Future Shaper, how do you answer the invitation of hazard to open up to new possibilities?