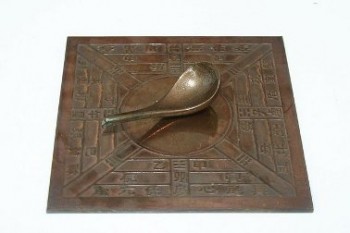 East and West “are already combined in a synthesis so powerful and so profound that it is all-pervading” in our daily lives. Neither Westerners nor the Chinese themselves, however, are aware of this.

Yet, from the 1st millenium BC up until the 13th century, the Chinese “first invented and discovered more than half the basic modern technologies we now take for granted”.

Let me give you just a few examples.

The Chinese were the greatest seafarers in history. For nearly two thousand years, their vessels and navigation techniques were by far the most advanced in the world. The famous voyages of Christopher Columbus, Vasco de Gama and Magellan were only made possible “by the adoption of Chinese nautical technology” i.e. the rudder, multiple masts, batten sails, the compass, and so on.

Today, Western agriculture is the most productive in the world. But well before the 19th century, the Chinese were cultivating crops in rows and using multi-tube modern seed drills, iron ploughs and collar harnesses while the Europeans had to put far more effort into producing much lower yields.

The wheelbarrow, the sunshade and umbrella, the kite, the parachute, brandy and whisky, the suspension bridge, “modern” astronomy, “modern” music, decimal fractions, endocrinology, the multistage rocket and the game of chess were all discovered in China.

I must confess I am bowled over by so many inventions that are fundamentals in our civilisation. What about you, dear Future Shapers?

This article is based on “The Genius of China” by world famous researcher Robert Temple, whose work has been translated into 40 languages, no doubt including your own. It is “the happy and brilliant distillation of my multi-volume Science and Civilisation in China”, says Joseph Needham, the famous British sinologist. All other quotes are by Robert Temple.