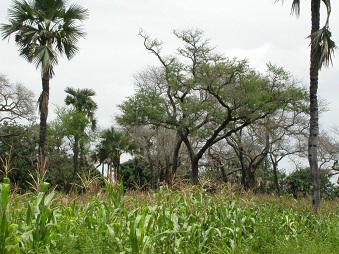 I invite you today to Malawi, a little country in austral Africa where 15 million people live. Here, 80% of the population is working in the fields of corn, which is also their primary diet.

With the increasing population, the corn that they ate was exhausted before the new crop produced. That was until agroforestry – an agroecological technique mixing forest trees and food crops – arrived on the scene.

Last October, 12 years of studies led by The World Agroforestry Center (ICRAF) in Makoka have arrived at the following conclusions.

The agroforestry is an efficient mean of:

1/ Increasing significantly corn productivity: the 180 000 farmers practicing agroforestry have enough to eat and sometimes even left-overs to sell in the market. Discover concretely how the life of a family has changed.

2/ Restoring fertility in depleted soils while limiting the use of fertilizers.

3/ Sequestering the carbon gazes in the ground and biomass.

This could be a tremendous opportunity for the 38 % of the world cultivated lands which suffer from erosion and desertification, lands providing food for 2.6 billion people.